“Do you take US dollars?”

Another question you might ask is “Where is Laos?” Probably one of the lesser known destinations of Southeast Asia, Laos doesn’t have the world famous beaches of Thailand, the ancient ruins of Angkor Wat of Cambodia or the out of this world uniquely amazing location Halong Bay of Vietnam. Landlocked between all of those countries, Laos unfortunately doesn’t have access to the sea like those other nations either. However, the country isn’t without its own charms. The laidback capital of Vientiane is a great place to take a cooking class (Laotian food is much like Thai cuisine), and Luang Prabang is the perfect destination for seeing temples in the morning, getting a massage in the afternoon, and watching the sunset from a riverside outdoor restaurant in the evening. All of this at a price cheaper than you would get in its neighboring countries.

Still, Laos is in the process of development, which means lots of infrastructure is still not there. You might not always be able to find an ATM, but you’ll have to pay in cash because credit cards aren’t yet widely accepted. Make sure to carry plenty of the local currency (Kips), and have some US dollars available, so when you’re in between cities like I was, you won’t be stranded to be left by someone in a place and you can’t go to the next place. Simply ask, “Do you take US dollars?”

Extra tip: If you can get your hands on to obtain, to get possession of. Simply ask, “Do you take US dollars? some Chinese Yuan, those can also be very useful. Laos is currently being developed by China and many business owners are Chinese people who will accept Yuan. A situation occurred where I took a taxi to the bus terminal outside the city. I assumed incorrectly that there would be an ATM there, so after I got dropped off to have someone drive you to a place and leave you there by the driver, I was stuck with a big dilemma. I did not have any Kips or US dollars to get back to the city, nor to pay for the bus to the next destination. Luckily, I tend to keep small amounts of different currencies and I happened to have some Yuan with me from a previous trip. When I went into one of the nearby hotels to ask assistance, I found out the hotel was established for traveling Chinese businessmen and they were willing to take some of those Yuan in exchange for the local currency.

When you finish your trip in Laos, try crossing over into Vietnam by boat. I guarantee it will be an adventure of a lifetime. The last time I was there 3 years ago, we took a boat upriver, and at one point we had to get out and help load bamboo into the boat. This is Asia. There’s a surprise around every corner.
Vietnam is also a place with surprises galore to be a lot of something. NOTE: this word comes after the noun it is modifying. Start in the north and trek from Sapa to traditional villages where you can stay with aboriginal families in mud huts a small traditional house made from natural materials, in particular, mud. Go to Hanoi to enjoy some of the best food the country has to offer in little alleyway eateries. Take a day trip on a boat to Halong Bay. Visit the romantic central city of Hoi An and its lovely lanterns. Lay on the beaches of Nha Trang. Go wild on the party streets of hectic lively, crowded and frantic Ho Chi Minh. Vietnam has something for everyone.

Wherever you go, be warned that Vietnam often has a dual pricing system. We might not like it, but unfortunately many restaurants and hotels will have a price for locals, and a separate one for foreigners. If you don’t want to pay a higher price, ask “Can I see the menu?” If it’s completely in English, know that you’re probably going to pay more than the food really costs. It will probably still be cheap compared to European prices, but if you want to stretch your dong to make your money last longer by spending carefully (Vietnamese currency) a little longer, find a place where it’s only written in Vietnamese. You might not understand, but enjoy the adventure of randomly choosing a number!

I don’t want to dissuade to convince someone to NOT do something you from visiting Vietnam by telling you about this nuance. I had a problem with it at first too and felt cheated, but you always have the option of choosing another place to eat or stay. Not all business owners think the same and I would hate to find out you missed out on such a fascinating place. Most Vietnamese people have been warm and welcoming and have even treated me to a meal to invite someone to eat with you and you pay for their meal or cup of coffee.

Vocabulary Words: Out of this world, Be stranded, Get your hands on, Dropped off, Galore, Mud huts, Hectic, Strech your dong, Dissuade, Treated me to a meal 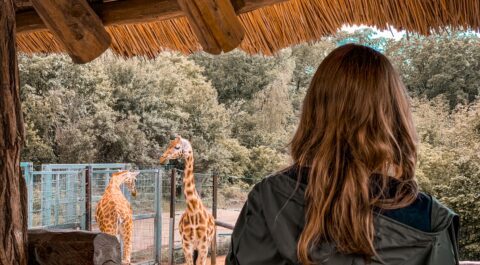 Let’s go to the zoo! 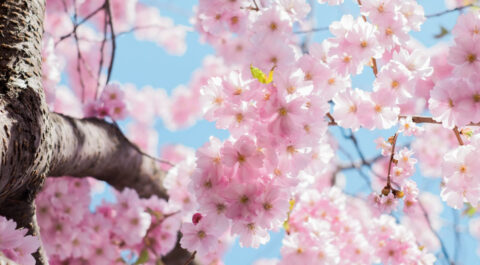 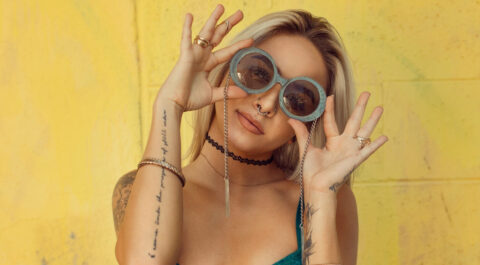 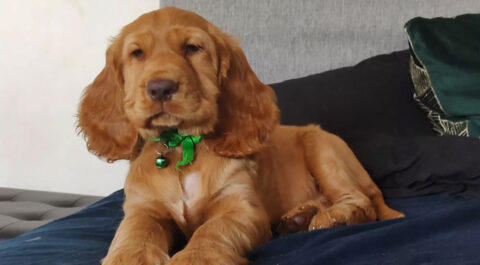 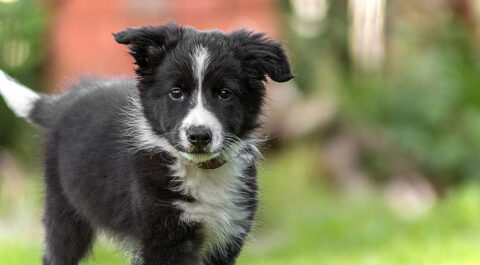